I have been admiring a ton of cards recently that all feature feathers in one form or another.  They really seem to be very trendy at the moment.  So when I needed a note card to send off with a gift for a friend, I reached for my Fine Feathers stamps. 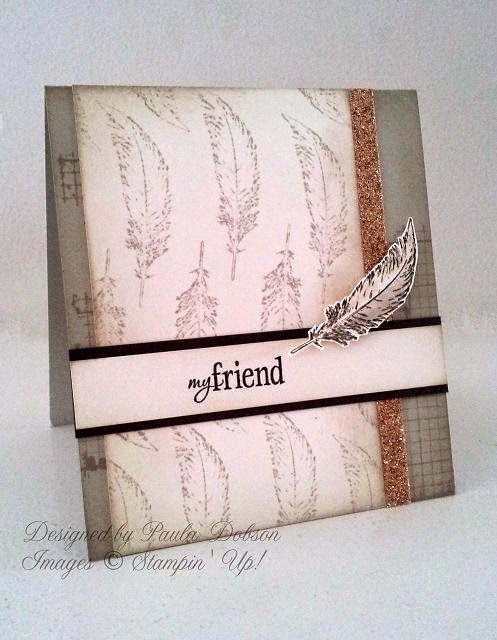 I kept the colour pallet neutral and the only embellishment I used was the Gold Glimmer paper (which is currently in the Weekly deals for a bargain!), one fussy cut feather and a touch of sponging.  I wanted it to look like a Quill pen, since it was also an indication of the contents in the parcel!