A few posts ago, I told you all about a Tea Tray a good friend of mine had, that she felt lent itself to the sponging technique.  Una visited one day and brought it along with her so I could see it.  Well she was right!  Here is the tray in question: 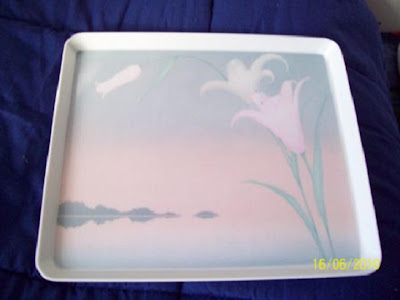 We had such fun re-creating the our own versions of the scene, that I just had to share with you what we came up with.  You can view my card version HERE.  I would also like to show you the card Una designed: 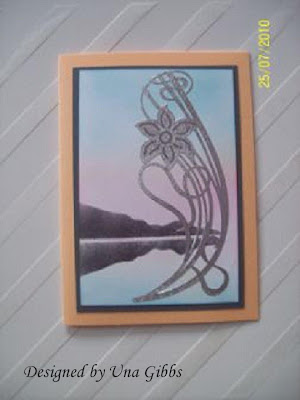 Didn't she do a gorgeous job of this?  Una loves Peel Craft and already had an idea of what she would like to use to embellish her creation.  Not a single stamp in sight!
Don't be limited by your imagination when creating your projects.  Its amazing what you have lying around that can be used as an idea.  Thanks for sharing with us all, Una!
Posted by Paula Dobson at 6:28 AM 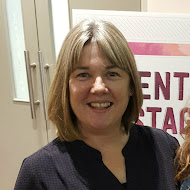 If you would like to know more about Stampin' Up! workshops, products or Demonstrator opportunities, please contact ME for more information. 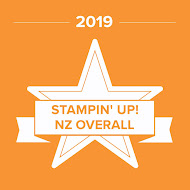